Can you beat the clock?

The Chamois Trophy is a thrilling challenge for the ambitious athlete. NEW: chronometry is now fully automated. Register online, stick on your race number and then tackle the 4.5 km course that has a difference in altitude of 947 metres.

Every participant will receive a goody bag filled with a range of products. You can pick up your race number directly at the counter of our valley station in Wengen (during the opening hours). During the registration process you also have the possibility to choose that we send your race number directly to you (for an additional fee of CHF 10.00), so that you can head straight to the starting line and tackle the course whenever you want (even outside of the operating hours of the aerial cableway).

We will draw attractive prizes from all participants at the end of October. As main prize, we are giving away two pairs of Molitor skis worth CHF 1299 each.

Note:
1) You can register online or on-site (additional fee of CHF 5.00 for a registration on-site). No further accumulation of discounts in conjunction with other offers such as the Halbtax [Half Fare] Travelcard/GA Travelcard, passes, etc. No refunds on tickets already paid for. Chronometry is available weather-permitting only. With your registration, you confirm that you accept the terms and conditions of participation.

The Chamois Trophy as a segment on Strava.

A great run also needs true champions as ambassadors. For the Gemsen Trophy we were able to win top athletes Cédric Lehmann and Thibe Deseyn as our ambassadors.

"The Gemsen Trophy on Männlichen is a top training course. The first of a good four kilometres winds moderately uphill through the village - but from "Ussri Allmi" onwards, it gets down to action! Steep and steeper, you finally reach the imposing avalanche barriers below Männlichen via "Parwengi". And if you haven't had enough yet, you can accelerate all the way to the finish on the short flat and downhill sections!"

Thibe Deseyn is a young upcoming ski mountaineer. She is part of the SAC Swiss Ski Mountaineering junior team.
Thibe has already won the Gemsen Trophy several times in the women's category and is definitely one of the fastest. Her best time is 49 minutes.

"For me, when I come to Wengen, doing the Chamois Trophy is a must! It's always hard but also always pretty at the top!" 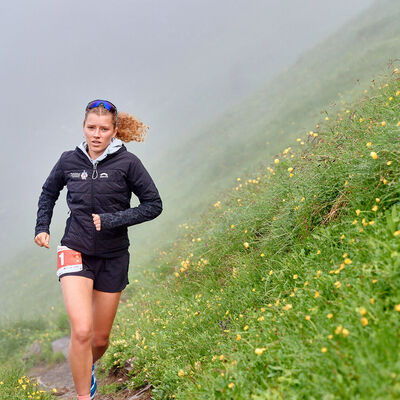 The challenge on Männlichen 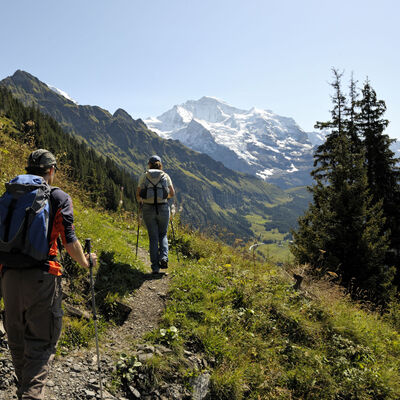 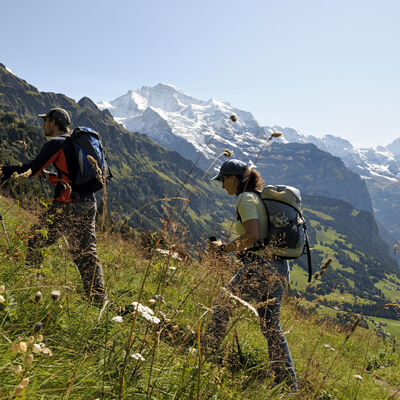 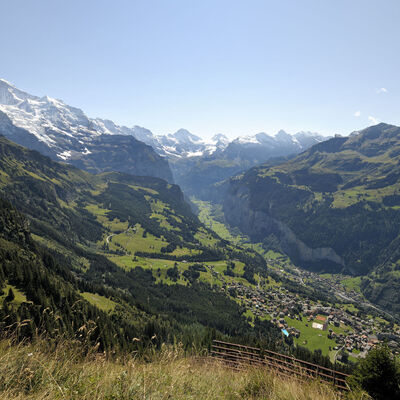 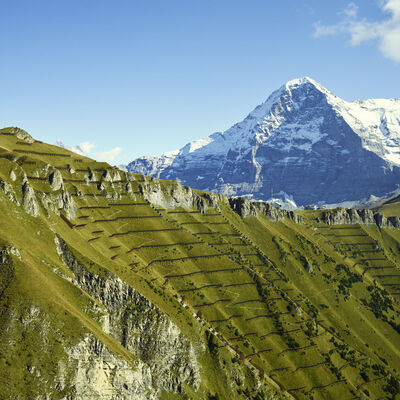 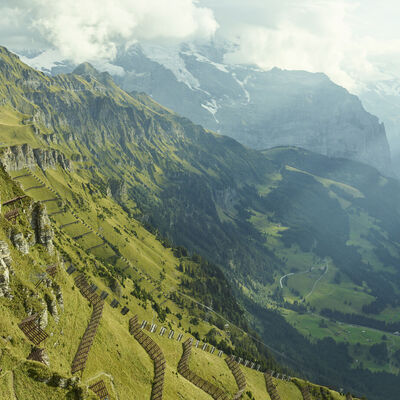 Many thanks to our sponsors of the Chamois Trophy

Grindelwald holds the honour of hosting the first Ultra Trail race inspired by the myth of the Eiger. The race route passes through the most breath-taking viewpoints in the area; Grosse Scheidegg, First, Bachalpsee, Berghotel Faulhorn, Schynige Platte, Wengen, Männlichen, before traversing the base of the Eiger North Face itself. This Ultra Trail delivers a truly spectacular alpine experience.

Five francs for the next generation - Fabienne Schlumpf

24.10.21 - End of the Männlichen summer season
- Due to maintenance work, cable car operation will be suspended from 25th October until 10th December 2021.